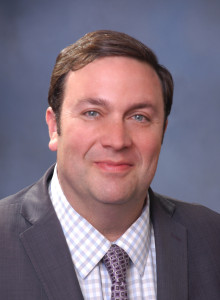 Known for his commitment to civil rights, some of Ohrenschall’s greatest achievements have been sponsoring legislation mandating that medical insurance must provide coverage for autistic children as well as sponsoring legislation that helps patients to learn about their risk for breast cancer, increasing their chances of survival.

Senator Ohrenschall is a native Nevadan and Las Vegan. He attended local schools, including John S. Park Elementary School, John C. Fremont Junior High School and Chaparral High School. After graduating high school, Ohrenschall earned his B.A. in Economics from the UNLV College of Business and his J.D. from the UNLV William S. Boyd School of Law. He has been practicing law in Nevada since 2010.

Today, Ohrenschall is a Deputy Public Defender in Juvenile Court where he represents children who are often facing great instability in their lives and in many instances have been the victims of abuse and neglect. The Assemblyman and his wife live on Sunrise Mountain where they are raising their kids.